Citizens: Obama says your warranties are safe; the government stands behind your new automobiles. You're in Good Hands with All-Statists!

Credit: Chris Muir at Day by Day Cartoon
Tags: george soros,obama,acorn,james bond,quantum of soros,chris muir,cartoons,
Posted by steadyjohn at 1:54 PM No comments: Links to this post

White Skin and Blue Eyes = Enemy of the People

"....This crisis was caused by the irrational behaviour of white people with blue eyes, who before the crisis appeared to know everything and now demonstrate that they know nothing.”

He added: “I do not know any black or indigenous bankers so I can only say [it is wrong] that this part of mankind which is victimised more than any other should pay for the crisis.”

A shameful statement from the leader of a major industrial nation; the white skinned, brown eyed Mr. Brown only said ; " “I’m not going to attribute blame to any individuals” 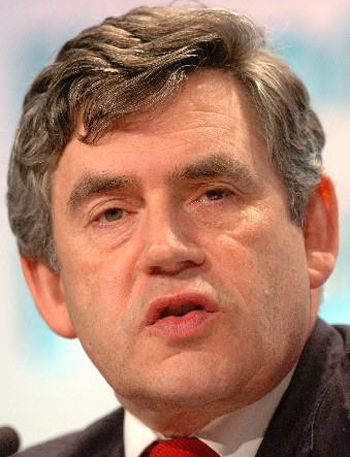 Barack Obama and The Gordian Knot

The bumbling, ancient Archbishop Demetrios, the head of the Greek Orthodox Church in the United States, compared Barack Obama to Alexander the Great.. The Archbishop: "You Mr. President are following the brilliant example of Alexander the Great...you will be able to cut the Gordian Knot of these unresolved issues."

The occasion was a celebration of 188 years of Greek independence and the Archbishop was referring to the problems with Macedonia as issues to be solved by Obama.

We have all seen how Barack Obama fancies himself as a Citizen of the World but, as legend would have it, by solving the the Gordian Knot problem Obama would become Conqueror of the World. The only problem is that Alexander cheated. Instead of untying the Gordian Knot he slashed it with his sword. He was awarded his conqueror status nevertheless. From one account on the web we learn:

The father of gods had ordained that when it came time for the people to select a king, they must choose the first person to ride up to the temple of Zeus in a wagon. Gordius innocently fulfilled the oracle and was made king. (The system might be an improvement over a methods of election held today. Certainly it would eliminate political campaigns). In any event, Gordius seems to have done very well. One of his first acts was to dedicate his wagon to Zeus and to place it near the temple, the yoke tied to the pole by an intricate knot of cornel bark. Another oracle declared that anyone who succeeded in untying the knot would be the conqueror of all Asia. The knot stayed tied until the arrival of Alexander. Then, as everybody knows, he cheated on the oracle by cutting the knot with his sword instead of untying it. Zeus honored his initiative by making the prophecy come true.

Obama said many of the Founding Fathers were students of Greek history and turned to ancient texts for guidance. He said it was a cruel irony that the Greeks tested democracy but then faced a struggle to achieve their own independence 188 years ago. Yes our Founding Fathers did study the histories of Greek and Roman democracies and they concluded that we should have a constitutional republic not a democracy. Pure democracy leads to mob rule, then anarchy, and finally dictatorship.

Sucking at the Hind Tit of a Dead Cow...

...Wake up American, while you were playing with the toys of your consumer wealth you lost much more than your bloated economy of living beyond your means; you lost your representative democracy. Your servants have become your masters. Taxation without representation is tyrrany, but still you look to government to solve problems they created in the first place.You're sucking at the hind tit of a dead cow! ...

The Second American Revolution Has Just Begun!
I suggest one caution about the advice given in the video to send tea bags to your representatives. They won't open letters that appear suspicious; a lumpy tea bag in an envelope makes them think we are trying to poison them!

On April 15, be part of the Taxed Enough Already (TEA) party rally in your community

On the day you pay your taxes, Wednesday, April 15, join others across the country and in your hometown who will be participating in TEA party rallies in front of their city halls. The TEA party rally will begin at 12 noon. See this video - the momentum is growing!

On last evening's Leno Barack Obama made a lame joke attempt referencing Special Olympics by way of explaining his ineptness at bowling. Cognitively impaired Special Olympics bowler Kolan McConiughey would like to take on Obama in the alley! He'll tear him up! By the way, isn't Obama cognitively disabled when he is without his Teleprompter?

"He bowled a 129. I bowl a 300. I could beat that score easily," Michigan's Kolan McConiughey (KO-lahn Mc-KAHNA-he) told The Associated Press in an interview Friday.

The athletic-minded president made an offhand remark Thursday on "The Tonight Show" comparing his weak bowling to "the Special Olympics or something." He quickly apologized and told the Special Olympics chairman he wants to have some of its athletes visit the White House to bowl or play basketball.

McConiughey, who is mentally disabled, is just the bowler for the job. He's bowled five perfect games since 2005.

The 35-year-old McConiughey has been bowling since he was 8 or 9. His advice for Obama? Practice every day.

Kolan McConiughey is shown at Colonial Lanes in Ann Arbor, Mich., Friday March 20, 2009. McConiughey, who is cognitively impaired, has bowled five perfect games since 2005. President Barack Obama made an offhand remark on "The Tonight Show" Thursday comparing his bowling to "the Special Olympics or something." He quickly apologized and told the Special Olympics chairman he wants to have some Special Olympic athletes visit the White House to bowl or play basketball. (AP Photo/Paul Sancya)
Tags: jay leno,barack obama,special olympics,bowling,cognitive impairment,teleprompter,teleprompter blog,mr burgess,
Posted by steadyjohn at 5:19 PM No comments: Links to this post

Obama Fingers and Other Forms of the Mania

(Newser) – A German frozen food company is trying to cash in on Obamania by selling fried Obama fingers, Der Speigel reports. The Southern-style fried chicken snack was renamed as part of an "America week' promotion. Makers say they were unaware that the name could be viewed as insensitive in light of racist stereotypes associating African-Americans with fried chicken.

"It was supposed to be a homage to the American lifestyle and the new US president," said the company's sales manager.

Hey folks, curry sauce is not the condiment of choice for fired chicken below the Mason-Dixon line! Another site notes:

The fingers will probably be off the shelves by April 3, when their namesake is scheduled to visit German Chancellor Angela Merkel. But if they're not, the chancellor should be wary causing utter befuddlement and potential offense to her guest -- and simply serve him up some good old German sausage.


Rachel Lucas blogged about the Obama Fingers the other day.

I think it’s absolutely hilarious. But I really don’t get foreigners’ obsession with this guy, or with America. They bitch about how we think too much of our own importance, but it’s like the nerds in high school bitching about the popular kids while writing the popular kids’ names all over their notebooks with big hearts around them. It’s a little creepy.

The really hilarious part of her article is the comments: "Well Obama has been giving us the finger for a while now", and "You think Obama chicken is racist, just wait until they introduce Obama-wurst", and "As long as they don’t start selling Brazil nuts as “Obama toes,” I guess we’ll survive"and "The last guy the Germans went all ga-ga over was Hitler. Coincidence? I am beginning to think not."

We notice from photographs that Barack Obama has long, supple fingers. He has even been accused of giving Hillary and McCain the finger. This was an unsuccessful attempt by a German toy maker to create an Obama Doll.


And, finally; fully embrace change and create your own oval office world! 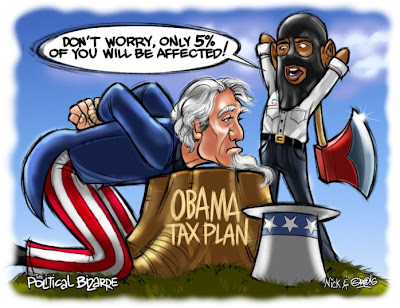 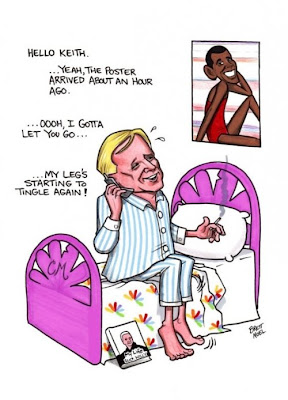 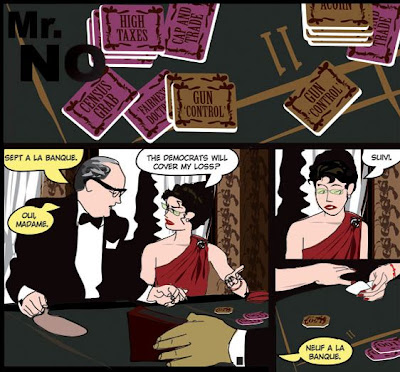 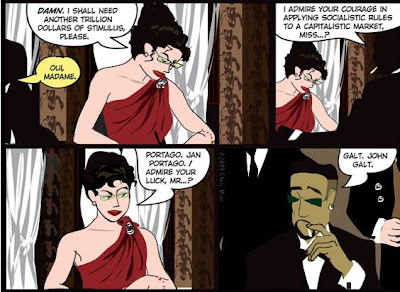 Posted by steadyjohn at 8:34 PM No comments: Links to this post

How's That Change Thing Working Out? 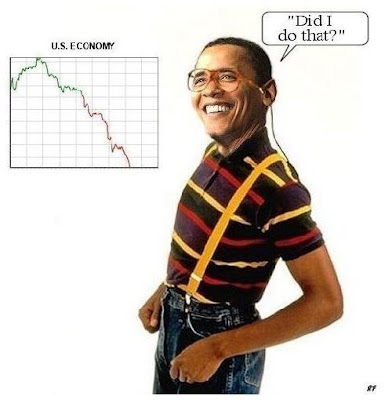 Not the kind of change Jim Cramer likes; Cramer calls for a pause: 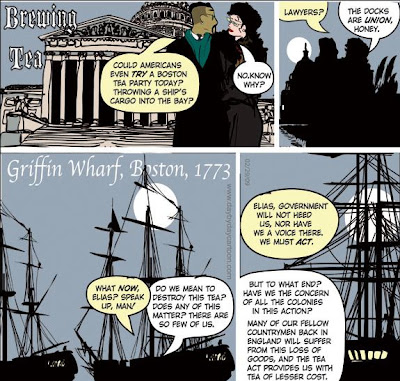 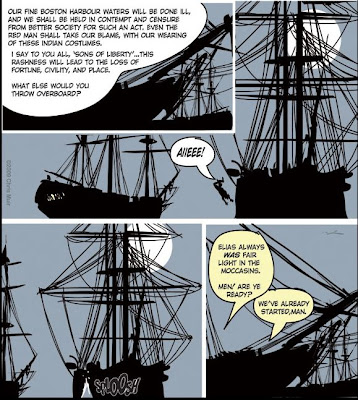 Not much war news today so I thought I'd watch a food fight.... 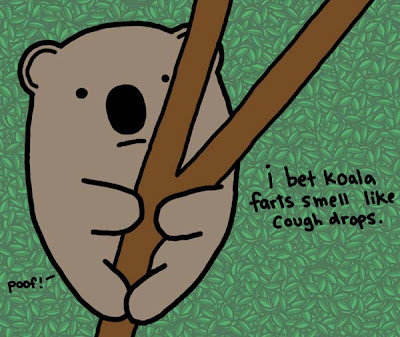 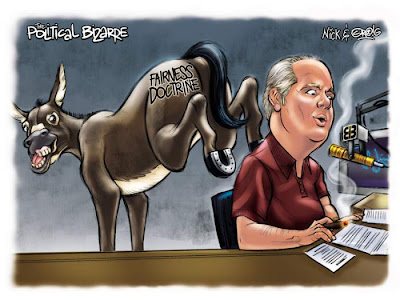 Posted by steadyjohn at 11:33 AM No comments: Links to this post