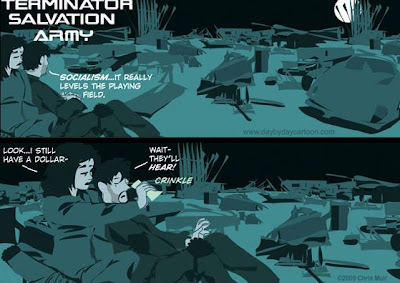 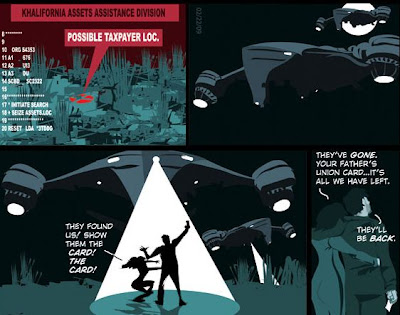 The Governator Will Find You!
h/t Day by Day Cartoon by Chris Muir 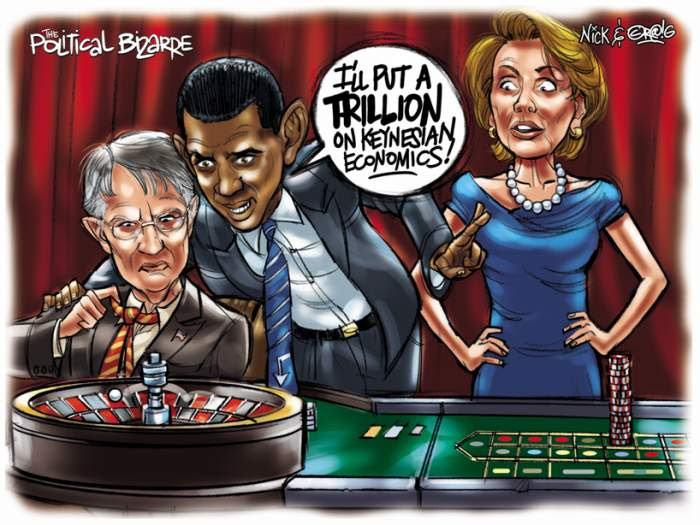 Round and Around We Go, Where It Stops, Nobody Knows!
h/t Conservative Punk

Self-styled "free lance reporter", and socialist provocateur, Ken Krayeske impudently questions UCONN mens basketball coach Jim Calhoun about his salary and is told to "Shut Up"! Calhoun explains that the basketball program brings $12 million to the University, which justifies, one would assume, his handsome salary, the portion of which he intends to give back being; "Not a Dime"!
Source
Krayeske's 40 Year Plan
As one might expect, Colin McEnroe has a somewhat different take on the affair
Hartford Courant reports:

According to a UConn spokeman, Krayeske had a photo credential. The spokesman said Krayeske had e-mailed during the week to say he was working on a UConn basketball story and needed photos to run with it.

Today's Humor: "cause We Need Some Relief!

A woman in a hot air balloon realized she was lost. She lowered her altitude and spotted a man in a boat below.

She shouted to him, 'Excuse me, can you help me? I promised a friend I would meet him an hour ago, but I don't know where I am.'

The man consulted his portable GPS and replied, 'You're in a hot air balloon, approximately 30 feet above a ground elevation of 2346 feet above sea level. You are at 31 degrees, 14.97 minutes north latitude and 100 degrees, 49.09 minutes west longitude.'

She rolled her eyes and said, 'You must be a Republican.'

'Well,' answered the balloonist, ' everything you told me is technically correct, but I have no idea what to do with your information, and I'm still lost. Frankly, you've not been much help to me'

The man smiled and responded, 'You must be a Democrat.'

'I am,' replied the balloonist. 'How did you know?'

You've risen to where you are, due to a large quantity of hot air.

You made a promise that you have no idea how to keep, and you expect me to solve your problem.

You're in exactly the same position you were in before we met, but, somehow, now it's my fault.

Item 4: "Hear No People" posted by Doctor Bulldog who comments:
... in the spirit of a time-honored tradition of artfully representing Presidents as monkeys, I submit the following for all you racist Libtards to freak out over:

Item 5: The 8 Most Terrifying Holes on Earth
Dave W. sent this one in. 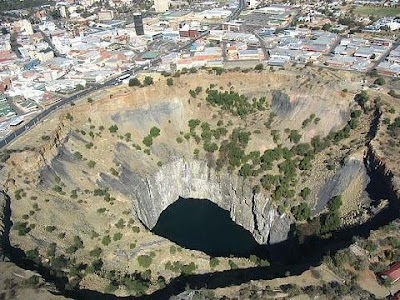 Kimberley Big Hole - South Africa: Apparently the largest ever hand-dug excavation in the world, this 1097 meter deep mine yielded over 3 tons of diamonds before being closed in 1914. 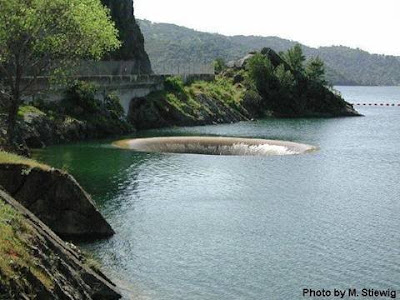 Glory Hole - Monticello Dam, California: This is the 'Glory Hole' at Monticello dam, and it's the largest in the world of this type of spillway, its size enabling it to consume 14,400 cubic feet of water every second (note: a glory hole is used when a dam is at full capacity and water needs to be drained from the reservoir). 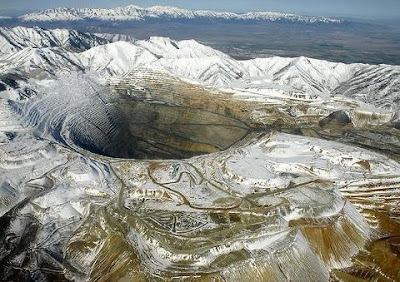 Bingham Canyon Mine, Utah: This is supposedly the largest man-made excavation on earth. Extraction began in 1863 and still continues today, the pit increasing in size constantly. In its current state the hole is 0.75 miles deep and 2.5 miles wide and covering 1,900 acres. 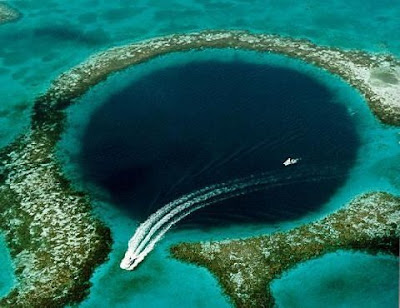 Great Blue Hole, Belize: This incredible geographical phenomenon known as a blue hole is situated 60 miles off the mainland of Belize. There are numerous blue holes around the world, but none as stunning as this one. 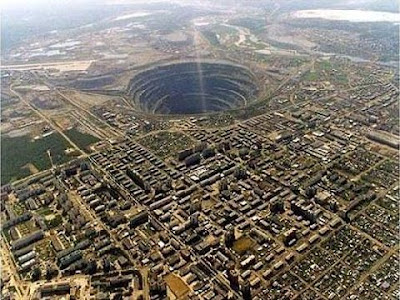 Mirny Diamond Mine, Serbia: I'm pretty sure most people have seen this one. It's an absolute beast and holds the title of largest open diamond mines in the world. At 525 meters deep, with a top diameter of 1200 meters, there's even a no-fly zone above the hole due to a few helicopters having been sucked in. 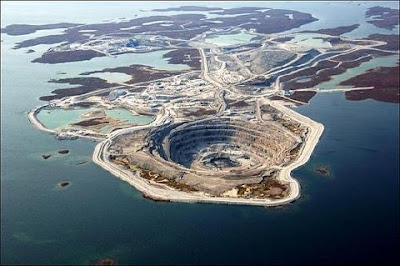 Diavik Mine, Canada: The mine is so huge and the area so remote that it has its own airport with a runway large enough to accommodate a Boeing 737. It looks equally cool when the surrounding water is frozen. 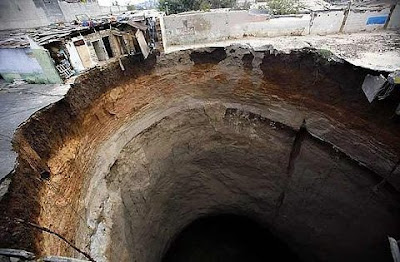 Sinkhole in Guatemala: These photos are of a sinkhole that occurred in Guatemala. The hole swallowed a dozen homes and killed at least three people. 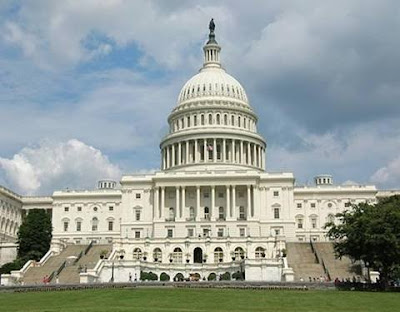 The most terrifying hole of all: This is the famous 'Rat Hole' that you've read so much about lately. It is capable of swallowing trillions upon trillions of U.S. dollars from the real economy each and every year. Most of that money is never seen again.

Posted by steadyjohn at 1:41 PM No comments:

This Day's Contribution from Chris Muir at Day by Day

60-38: Bye Bye USA Thanks to the Three Republican Stooges 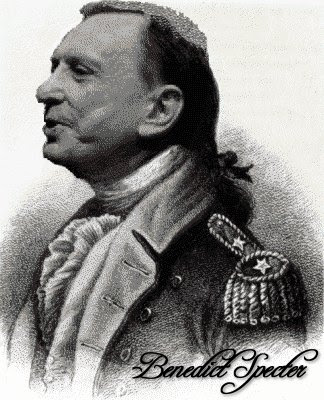 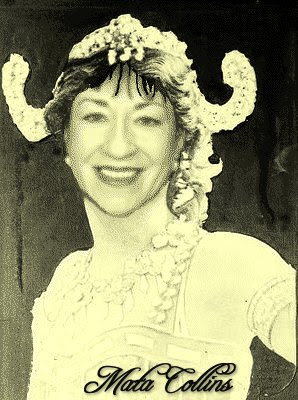 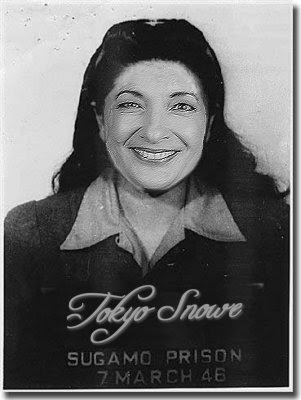 Posted by steadyjohn at 11:03 PM No comments: 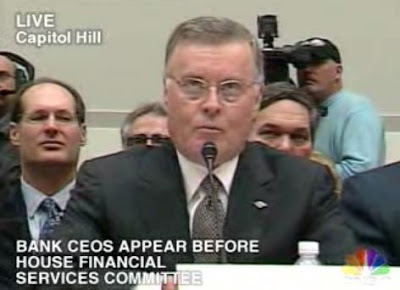 Here, my friends, in this video, is a sample of what is to come when the Left seizes total control of our government. This evil, ignorant, arrogant person addresses the assembled bankers in the most condescending manner possible. They grovel at her feet, looking up at her with deer in the headlights eyes. Nearly incoherent, but obviously relishing her time in control, she barks questions at the CEO's shouting "anyone, anyone", and asking for a show of hands at her command. She doesn't have the power just yet but you may be sure that if she did (and someday she very well might) she would have shipped these fellows off to the Gulag. A Stalinist inquisition if ever there was one.

The idiots in California's 35th C.D.return this person to office year after year; she's been there since 1991! Watch closely and you'll see a Barney Frank cameo appearance; he is seen briefly whispering in his minion's ear.
h/t Sweetness & Light

Posted by steadyjohn at 11:02 AM No comments:

Tags: traitors, turncoats,spies,rinos,moderate republicans,propagandists,
Posted by steadyjohn at 10:59 AM No comments:

Sarah and Amina: We Must Never Forget,,,

....and may God speed the day we capture their murdering father Yaser Abdel Said!

Friends of Sarah and Amina Said present a pictorial tribute: 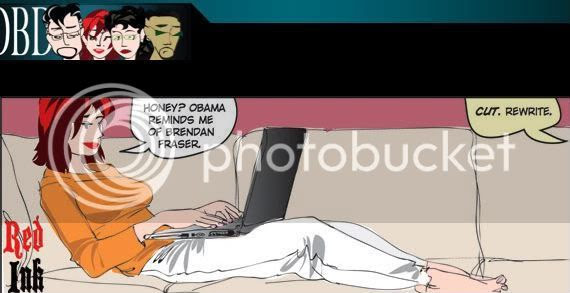 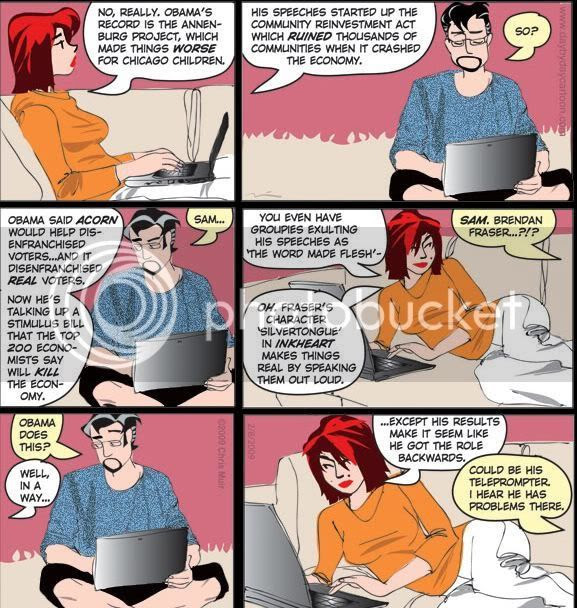 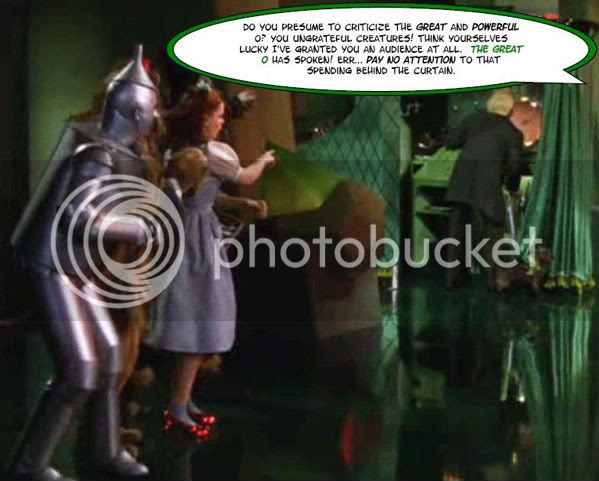 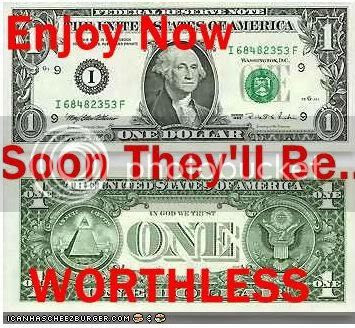 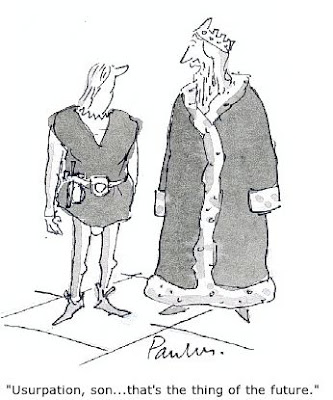 We don't pay taxes. Only the little people pay taxes.
Leona Helmsley
Taxation: Voluntary and Patriotic for the Masses; Optional for the Elites!

If you still need further proof that Harry Reid is a total imbecile and moonbat check out this video:

Joe Biden, "Stuck on Stupid" endorses redistribution saying it's time to be patriotic!

Oh, and then there's the early, thrifty Tom Daschle, in his rickety old Pontiac. That is before he embraced the public teat as a lobbyist, racking in so many millions that he could not keep track. Tsk, tsk Tom!

The worst offender, because he now oversees Treasury/IRS, is Tim Geithner (who) claimed his kids overnight camp as a day care credit. This is a simple issue that many Americans can understand as they have been told by their tax accountants or their tax software that no, overnight camp is not a deduction, the IRS is clear about that.
Source: Political Machine

And finally, "How to Evade Your Taxes" (don't try this at home)

This just in from NY Times:

Representative Charles B. Rangel’s financial disclosure forms had at least 28 omissions in the past 30 years and failed to account for what became of more than $239,000 in assets, according to a report issued Wednesday by a private government-ethics group....

...and this is the guy in charge of writing the tax laws!

Posted by steadyjohn at 11:16 AM No comments: 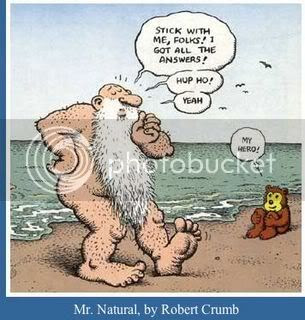 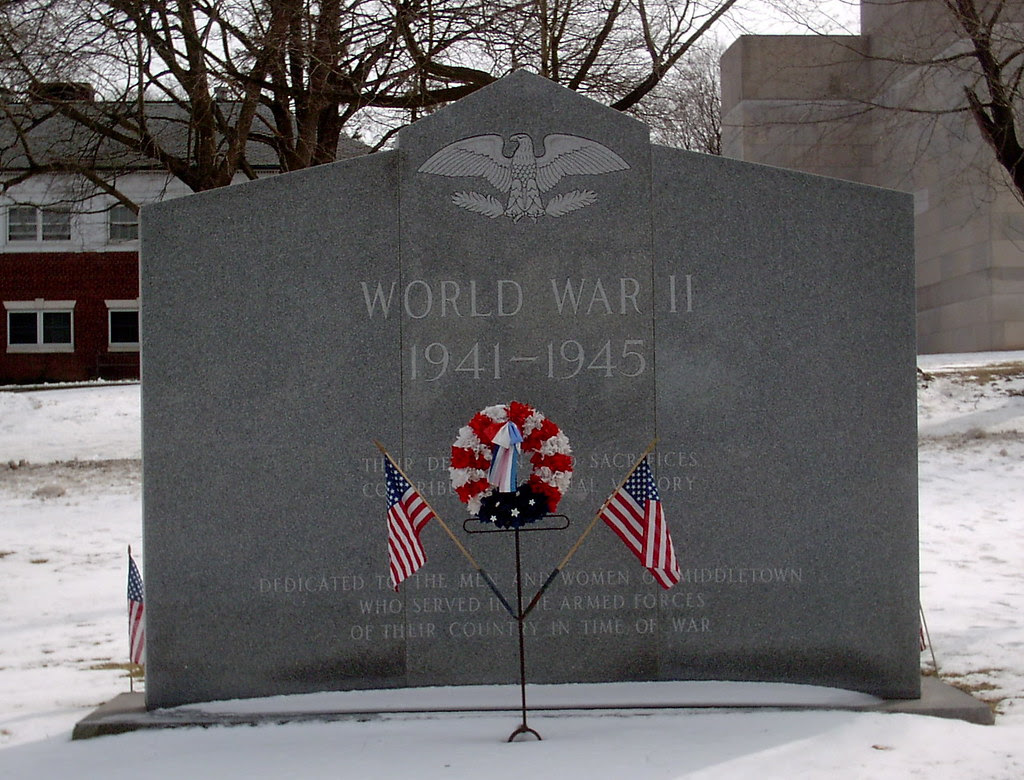